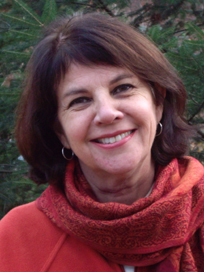 Nicole Giguère was born in Québec. In 1975 began work as a documentary director with the Vidéo Femmes collective, of which she was a founding member.  During her decade with this group, she made several films and videos ranging from social issue documentaries to short fiction films, videoclips and films about music.

In Montréal since 1986, she works as an independent scriptwriter and director of point-of-view documentaries and television series. Her main interests are social issues, culture and music.

Some of her films : Aller simple pour Sirius (the story of the Order of the Solar Temple, Prix Gémeaux for Best Documentary 97), Dépasser l’âge (an international production about the actively retired), Barbie la vénus de vinyle (to mark the 40th birthday of the celebrated doll), Québec en ondes (a history of radio), Alice au pays des gros nez, (a personal film about the Québécois adoption of Chinese children).

In recent years, she has directed several Musicographies (the biographies of Nanette Workman, Diane Dufresne, Michel Rivard, Félix Leclerc), and épisodes of the series Toxique, SOS, and Si c’était vrai.

The Age to Be
Watch