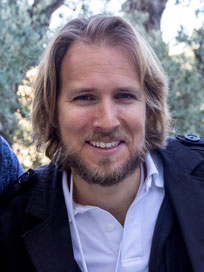 Daniel conceived the idea for Last of the Elephant Men in 2006 during a trip to Cambodia’s Mondulkiri Province and the Central Highlands of Vietnam, where he interviewed several Bunong elephant catchers. Since 1998, he has been involved in the IMAX/giant screen film industry, overseeing distribution of such films as Wolves, Wildfire: Feel the Heat, Bears and India: Kingdom of the Tiger. He worked as Line Producer on Lost Worlds: Life in the Balance (narrated by Harrison Ford and inspired by the writings of E.O. Wilson), and was Associate Director and Co-writer on Wired to Win: Surviving the Tour de France. In 2007, he Line Produced Journey to Mecca, one of the largest documentary productions ever filmed in the Arabian Gulf. Daniel’s debut as Director was the 3D IMAX film JERUSALEM, distributed by National Geographic Studios and Executive Produced by the late-Jake Eberts. The film won Best Cinematography and Best Film at the 2014 Giant Screen Cinema Association Achievement Awards and has grossed over $10M worldwide in its first year of release. A graduate of McGill University with a Joint-Honours degree in History and Religious Studies, Daniel serves on the board of the Giant Screen Cinema Association and the Alter-ciné Foundation, which provides grants to filmmakers in the developing world.