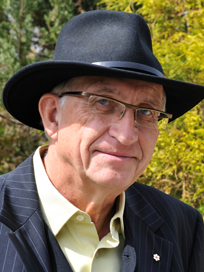 Jean-Daniel Lafond was born in France, where he taught philosophy and was a researcher in education sciences. He became a guest professor at the Université de Montréal in 1974, emigrated to Canadaand became a Canadian citizen in 1981. He has since devoted his time to cinema and writing, with occasional projects in radio and theatre.

In 2008, he completed a project that was 28 years in the making: a film, The Madwoman of God (Folle de Dieu), and a play, The Madness of Love, both inspired by the writings of Marie de l’Incarnation (1599-1672), a mystic and the first female writer of New France. Marie Tifo plays in the leading role in both films. The film was selected at the World Film Festival before being released in theatres. The play premiered at Le Théâtre du Trident in Quebec Cityand subsequently ran at the Théâtre du Nouveau Monde in Montreal. Both were included in the official program for the 400th anniversary of the founding of Quebec Cityin 2008.

A seasoned observer of the world and of our times, Jean-Daniel Lafond has crafted films that tell touching, thought-provoking stories; philosophical poems that resonate with the call of the road, and that mirror the fates of men and nations. Parallel to his involvement in cinema, he has developed original works for radio ("France-Culture", Radio-Canada), published several books, and made a foray into the world of theatre. He also co-founded Les Rencontres internationales du documentaire de Montréal, serving as its president until 2005. His films have received numerous awards in Canada and abroad. He was awarded the Prix Lumières in 1999, and has been a Companion of the Order of Canadasince 2005.

A Woman of Purpose
Watch

Haïti in All Our Dreams
Watch