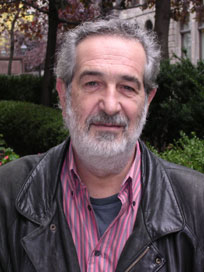 André Melançon was born in Rouyn, Quebec, in 1942. With his first films, in 1974, he devoted himself to stories revolving around children, both in fiction and in documentary. Comme les six doigts de la main won best Quebec feature film in 1978. La guerre des tuques (1984) won a great many awards and became a classic children’s movie, followed by the equally successful Bach et Bottine in 1986.

His production has remained diversified, however, with the thriller Rafales then Albertine en cinq temps, as well as the series Cher Olivier of which he was also writer. He is also a much praised actor.

His documentary Printemps fragiles won best directing award at the Prix Gémeaux in 2006.