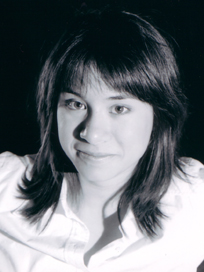 Native to Montreal, Karen Cho is a filmmaker interested documentary and other narrative forms.

In 2001, she graduated from ConcordiaUniversity's Film Production Program where she received the Mel Hoppenheim Award. Her graduate film EVE won the award for Best Cinematography and premiered at the NYC Flicker Film Festival in 2002.

In 2003, as the winner of the National Film Board's Reel Diversity Competition, Karen directed In the Shadow of Gold Mountain, a documentary exploring the legacy of the Chinese Head Tax and Exclusion Act. It premiered at the Montreal World Film Festival in 2004 and was broadcast on CBC's Rough Cuts in 2005. The film won a Golden Sheaf Award for Best Multicultural Documentary at the 2005 Yorkton Film Festival and garnered the Canadian Association of Broadcasters’Golden Ribbon Award for Diversity in News and Information Programming in 2006.

In 2004-2005, Karen worked as a series director for Past Lives (Global) a documentary series about Canadians in search of their ancestral roots. Karen directed 4 episodes of the series on topics ranging from Chinese Immigration to Inuit history, Japanese-Canadian WWII Internment and Scottish Home Children.

In 2006, Karen directed the National Film Board’s first ever video podcast. Entitled Chinese Head Tax – the Government Officially Apologizes, the 10-minute documentary captured the unveiling of and reaction to the redress package that ended the Chinese Canadian 22-year-struggle for redress.

Seeking Refuge is Karen’s second documentary. The feature-length film tells the story of five asylum seekers who’ve sought refuge in Canada. Produced by InformAction, the film premiered at the Rendez-vous de cinema quebecois in 2009 and also screened at Vancouver’s DOXA Documentary Film Festival, Amnesty International’s Reel Awareness festivals in Toronto and Vancouver and at Document 7 in Glasgow Scotland amongst others. Seeking Refuge is currently being used by the Canadian Council for Refugees and other organizations and universities as an education and advocacy tool.The film was broadcast on CBC’s The Lens garnering Karen a 2009 Gemini Nomination for Best Direction in a documentary Program. It will also broadcast on Radio-Canada and RDI in 2010.

Karen is also working as a series director for Extraordinary Canadians (Omni) a documentary series based on the Penguin Extraordinary Canadians collection of books. Produced by PMA Productions, the series explores the lives of eminent Canadians from the perspective of leading contemporary writers. Karen has directed episodes on Nellie McClung, Lester B. Pearson and Norman Bethune.

Karen is currently in development, with the NFB, on a feature-length documentary and multiplatform project about the Women’s Movement in Canada.

She is also producing, writing and directing an experimental docu-drama entitled Family Secrets.The film is a collage piece that uses old family movies, found photos and archival images, cut to a half-real, half-fictionalized soundscape that reveals the hidden “truths” behind family stories. Production of this film has been supported by the Conseil des arts et des lettres du Québec (CALQ).

Karen's films often recount un-told histories and explore themes of immigration, activism, and social justice. Her approach to filmmaking is shaped by personal experience, pop-culture and her background in a richly multi-ethnic family.
Karen is interested in using film as a tool for social debate.