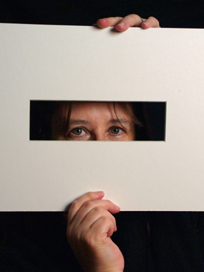 Independent filmmaker Helen Doyle was one of the founders in 1973 of Vidéo Femmes in Quebec, where she co-directed Chaperons rouges about rape. It was a prizewinner at the Second Annual Video Open. In 1981, with Nicole Giguère, she codirected C’est pas le pays des merveilles.

After leaving Vidéo Femmes, she continued her reflection on women, madness and creativity with the film Les mots maux du silence which won the Gri-gri d’or at the Festival Folie-culture in Nice in 1982. She pursued her exploration of form in video with Les tatouages de la mémoire (1985) and La perdition de Maria, the first part of a trilogy Un jour, j'irai en Irlande.

In 1986, Le rêve de Voler, a documentary on the creation of a remarkable aerial ballet with a young Quebec trapeze artist won the Golden Sheaf award at the Yorkton Festival. In 1994, Je t'aime gros, gros, gros (I Love You Real Big), won two Gémeaux including the prize for the best auteur documentary as well as the André-Leroux prize for the best short film at the Rendez-vous du Cinéma québécois.

With Le rendez-vous de Sarajevo (1997), Doyle goes in search of a clear-minded youth in the maze of after-war. Produced by the National Film Board of Canada, premiered at the Festival du cinéma et des nouveaux médias de Montréal, it was a finalist at Hot Docs in Toronto in 1998. An essay on taste and its pleasures, Petites histoires à se mettre en bouche (1998), was a finalist at Yorkton in 1999. The same year, a retrospective of her work was presented at the Quebec Museum of Civilization.

In 2003, with Les messagers / The Messengers, Helen Doyle takes us on a journey of discovery as we meet unforgettable, inspiring artists whose work denounces war and barbarity in our time. Nominated at Banff Rockie Awards and at the Gémeaux Awards, this documentary was presented in many festivals : Festival du Nouveau Cinéma (Montreal), Vancouver, Ann Arbour, Copenhagen, Nyon’s Visions du réel…

Helen has founded her own production company – Tatouages de la mémoire – to materialize a haunting project, Soul Murmur (Soupirs d'âme), which represents “a very pure author-driven approach to the theme of the search for identity”. Released in 2004, Soupirs d’âme won prizes at the FIFA (Montreal), the Festival International de Films de Femmes de Créteil and the Yorkton Golden Sheaf Awards ; it was selected at the Tel-Aviv and Ramallah Festival and at Camera Dance in Toronto.

For her most recent project, Helen Doyle relates A Chechen Story from the life of the female Chechen singer, Birlyant Ramzaeva. In this feature documentary, Helen presents a different vision of the Chechen conflict, the consequences of war and the tragic destiny of a people. Birlyant, a Chechen Story was selected at the Festival International de Films de Femmes de Créteil and the Flying Broom Festival in Ankara, Turkey.

In March 2008, Helen Doyle receives the Bourse de carrière en cinéma (Grant for Achievement in Cinema) du Conseil des arts et des lettres du Québec. She is now working on a new documentary called Rapporteurs d'images / An Ocean of Images, and on another project on the subject of exile.