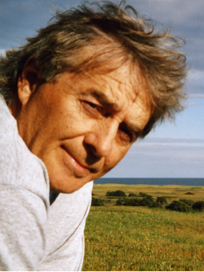 In 1973, after directing various reportages, Pascal made Montréal Blues, his first feature film, a collective creation shot in super 16 mm, which he conceived with the troupe Le Grand Cirque Ordinaire.

From 1984 to 2009, first for the Société Radio-Canada program Science-Réalité, and then for Découverte, Pascal directed over 300 scientific reportages, including topics on the Canadian Arctic, Costa Rica and the Ukraine. In addition to his numerous other awards, the Académie canadienne du cinéma et de la télévision awarded Pascal the Gémeaux Award for Best Reportage in 1998 and  2000.

While still working for television, in 2004 Pascal made Le porteur d’eau, a documentary he shot in Indonesia. It  won several awards and has been shown in twenty countries. The film has been broadcast on Radio-Canada, RDI, TV 5 Monde, ARTE and NHK.

In 2008, Pascal produced, wrote, shot and directed Terres à la dérive, a 35-minute documentary about the future of agriculture in Québec. In addition to being broadcast on the Radio-Canada program la Semaine verte and on TV5 Monde,  in 2008 the film won Un regard sur le monde at the 40th édition of Festival du film maritime, d’exploration et d’environnement in Toulon France.

Pascal has just completed Gratien Gélinas, un géant aux pieds d’argile, a  documentary about his father, the playwright Gratien Gélinas, which was broadcast on Radio-Canada and ARTV to commemorate his 100th birthday.