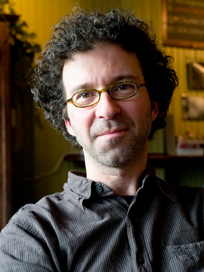 Dominic Morissette trained as a photographer and fell in love with filmmaking in the early 1990s.  This inveterate cinematographer travels the globe to make documentaries inspired by an ethnologist’s respect for the world’s cultures.

In 2003, his film Les derniers chasseurs du petit havre, about the fishermen of Nova Scotia, which he co-directed with Catherine Pappas, earned a Jutra nomination for Best Documentary.

He then spent long periods in Afghanistan giving video and photography workshops, in addition to coordinating the communications campaign for candidates in the presidential elections of 2004.  His travels and his interest in environmental issues then took him to the Indus Delta in Pakistan. In 2005 he was in Yemen to organize more workshops.

In Montreal, February 2007, he exhibited photos from his many travels in Afghanistan. Entitled Afghan Chronicles, this exhibit blends the same artistic approach and social commitment that mark his other work.

The documentary film Afghan Chronicles (52 minutes, 2007) portrays the effervescence of Afghanistan as mirrored through the distribution of the weekly newspaper Kilild.

The following year, as part of the French and English co-production program of Radio-Canada/CBC, he co-directed a special program on Afghanistan entitled L’Afghanistan: entre la peur et l’espoir.  This documentary constitutes a report on the post-Taliban era, the massive mobilization of the international community, and Canada’s involvement in particular.

He recently joined the National Film Board of Canada’s team to direct a webdocumentary, a monthly chronicle in which the economic crisis serves as the link between different protagonists and events happening around world.

At the present, Dominic is pursuing his independent career in publishing, through the creation of two alphabet photo books for children (to be released in Spring, 2011), while developing several new documentary film projects. In his personal blog Carnet de notes, he discusses his different projects and raises issues relating to his current preoccupations.