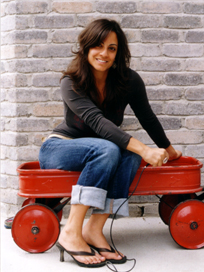 Born in Canada, independent filmmaker Araz Artinian completed a B.A. in Communication Studies at Concordia University. She specialized in filmmaking. In 1995, her first short film Sur les Traces du Survenant was nominated for Best Student Documentary at the 26th Canadian Film Festival in Montreal. During her last year at Concordia, she directed her first documentary entitled Surviving on the Richter Scale about twelve survivors of an earthquake that hit Armenia in 1988. The film was aired on Les Grands Reportages of RDI and on Planète Cable in France, Italy and Poland, and won six awards, including a Best Documentary Award at the 29th Canadian Student Film Festival (part of the Montreal World Film Festival), a Silver Hugo at the 35th Chicago International Film Festival and a Bronze Plaque at the 47th Columbus International Film & Video Festival.

In 1999, Artinian started working with Atom Egoyan as Head Researcher for his feature film Ararat which was premiered at the 2002 Cannes Film Festival. En 2003, with Lisa Djevahirdjian, she co-directed The Story of Arsinee Khanjian, a video biography of the Gemini-award winner Canadian actress. In April of 2005, Artinian launched the website www.twentyvoices.com, the story of 20 survivors of the 1915 Armenian Genocide. The website which has had 50,000 hits so far, has been selected by Applied Arts,  Canada ’s preeminent visual communications publication, for North America 's Best Design and Advertising in the category of Educational Projects.

The Genocide in Me is Artinian's latest documentary. She wrote, filmed, and directed the film. She also co-produced it with Ian Quenneville and Nathalie Barton of InformAction Films.

The Genocide in Me
Watch