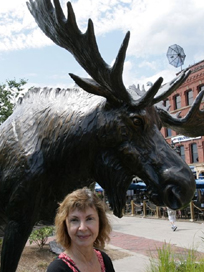 Anne Henderson has been writing and directing documentaries for 25 years, with many international titles to her credit.  Her documentaries encompasss a wide variety of subjects concerning culture, human rights, history, and the environment. She likes to tell stories about ordinary people in extraordinary circumstances.

She is the recipient of a Genie Award, two Hot Docs Awards, a Gemini, as well as various international film prizes. Selected credits include Water Marks, a documentary about the Canadian poet Pat Lowther; The Road from Kampuchea, a portrait of the Cambodian landmine survivor who became the 1999 Nobel Peace Laureate, A Song for Tibet, the moving story of a family divided by war and exile, and Holding Our Ground, a study of a squatter community in the Philippines where the women take control of their destinies. She has also directed several series for television, including Women: A True Story – narrated by Susan Sarandon, The Human Race written by journalist Gwynne Dyer, and  Dogs With Jobs, the popular series on working dogs.

Anne is a member of the Directors Guild of Canada and the Writers Guild of Canada. She has served as jury chair and jury member for numerous film awards committees. After periods in New York, Vancouver, and Toronto, she makes her home in the midst of Montreal’s vibrant arts community.