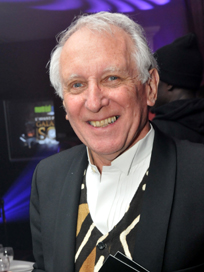 Alain d'Aix has directed documentary films and series for television since 1971, when he co-founded InformAction Films with producer Nathalie Barton and director Jean-Claude Bürger in Montreal. His films deal with a wide range of social, cultural and political issues.

His latest documentaries have been widely distributed internationally: All They Need is Words, about communicating with animals, and Investigating Tarzan, about the myth of the Ape-man.
He started out as a correspondent with Associated Press in Africa and went on to do a degree in social psychology at the Sorbonne. He has maintained his interest in the African continent ever since: along with his work as a filmmaker, he runs the Montreal festival Vues d'Afrique, a well-known international showcase for African and Caribbean film and television production.