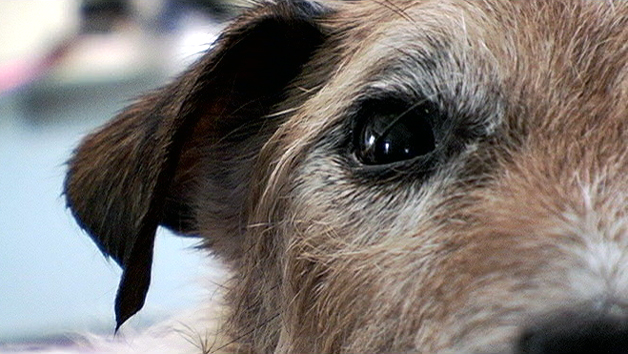 Produced with the financial help of

and the collaboration of


Jeff is one of the big names in taxidermy; Canada’s premier fish taxidermist, he is also ranked worldwide in cold-water fish. Fiercely competitive, he isn’t afraid to show off his many ribbons and awards. This year, Jeff is scrambling to win a prize in the deer category at the Canadian Taxidermy Championships – until a surprise competitor shows up.  He lives with his wife and two boys in Orillia, Ontario. “I got into taxidermy in high-school to make a bit of extra money to feed my habit of cars. Mostly on weekends when the other kids were going out on the town, I was down in my mother’s basement working on dead animals.”

Benoit is a lifelong trophy hunter and collector – the darker side of taxidermy. Over the course of his life, he has spent thousands of dollars getting the animals he’s hunted mounted for decoration in his overstuffed basement. “I’ve been charged by buffalo on safari. But I loved it – I would get out of the jeep and yell ‘Come on!’ My guide would run after me and say ‘Please Benny! Go back to America!’”

Dave recently gave up his seasonal fly-fishing business to do taxidermy full-time. He is passionate about life and grabs it by the horns, taking risks along the way. It is Dave’s first time competing at the CTA Championships and he is eager to win.  Dave lives with his fiancé in Fenwick, Ontario. “My goal and I’m not afraid to say it and I’m proud to say it, is I want to be the biggest and the best and I want people out west to say ‘Take your deer to Wild Niagara Taxidermy, Dave Gibson, because he does one heck of a job.’”

Chris has never really had an affinity for dogs or cats, but finds himself a pet taxidermist. He started off doing conventional “form” taxidermy with styrofoam mannequins, but has since found his own niche with freeze-drying. He is the only pet taxidermist in Canada. Chris lives with his family in Omemee, Ontario. “Sometimes I feel like a funeral home director, people are get all emotional with their pets. I can’t get too involved, otherwise I’d be a wreck. Usually I just try to be polite and act supportive, but once they’re out the door I’ve forgotten about it.”

Calvin has been a long-distance truck driver, a construction contractor, and an office worker. He recently took a major gamble by putting it all aside and paying Jeff Brain to teach him taxidermy. He will be competing against Dave this year at the CTA Championships. Calvin has a young son and lives in Wasaga Beach, Ontario. “My wife would be the first to tell you that taxidermy doesn’t belong in the living room, it belongs in the rec room. I don’t know why she says that – I think it should be in the living room. I think it should be in ALL the rooms of the house. She just has this ‘No gameheads above the stairs rule.’”

Ray is the zen master of taxidermy. Phlegmatic to a fault, he is a thinker and willing to wait as long as it takes to become a truly great at his craft. He is a highly ranked fish taxidermist and has taken Dave Gibson under his wing so as to pass the torch on once he retires. Ray lives in Thorold, Ontario. “People who are anti-hunting or anti-fishing cringe when I say that I’m at taxidermist because something has to die before you have something to do. A taxidermist doesn’t have a job until something dies.  We’re kind of like the animal morticians.”

Janie lives in Uxbridge, Ontario, where she raises show-jumping horses. She lives on several acres of land with her horses, two live dogs, three cats, three budgie birds, and now Wonder, her freeze-dried dog. “The first time I saw taxidermy was on an episode of ‘Lifestyles of the Rich and Famous’, I didn’t know it existed until then and I thought ‘Oh what a cool idea, I want to do that with Wonder when the time comes.’ And at the time he wasn’t sick and I had no idea how much time he had left, but I just knew that that’s what I wanted to do with him when the time came.”

Abecassis (...) neatly stitch[es] together all the drama of a Six Feet Under episode with the competitive and unscripted allure of a doc like Spellbound and the hilarious obsessions presented in mockumentaries like Best in Show. (…) A captivating foray into a morbid but ever-fascinating world. Meg Hewings – Hour Montreal

(Lifelike) manages to have it both ways: pointing up the absurdities, without making a mockery of its subjects. Terminal City Vancouver

Like the characters in a Christopher Guest mockumentary, you might laugh at Abecassis’ taxidermists at first, but they quickly win you over and you start to root for them and their off-beat yet age-old pursuit. J. Kelly Nestruck – National Post

My first experience with taxidermy was banal enough. My mother bought me a soft white fur to put on my bedroom floor as an area-rug (technically, taxidermy includes rug-like furs). I didn’t care much for the thing, in fact I didn’t even know what kind of animal fur it was. One day I spilled deep-red nail polish on the wall-to-wall carpeting. In a panic, I used the fur to help me cover the stain from my parents. The symbolism of hiding a blood-like stain with a piece of animal hide was not lost on 14 year-old me and so naturally, I pretended that the fur was a bear, the nail-polish was the bear’s own blood and that ergo, I was preserving a bear in my room. I had the imagination of a taxidermist and some of the supplies. My fascination was underway.

I had no idea what I was getting into when starting this. My loved ones admitted to having reservations about me getting close to a subculture that seemed primarily to involve men in basements who sure knew their way with a knife. But it turned out that many of the men who do taxidermy (it’s true that women are scant) are pretty normal guys; they may as well be your neighbour, your mailman, or your sister’s boyfriend.
Their craft has always intrigued me. To taxidermy is to take only the most superficial part of the animal – its outer shell – and preserve it as a celebration of the animal’s life. Or of its death. It is quite a statement about our culture – a salute to physical beauty, however static and lifeless. I became a real and true fan however, when I saw the work of contemporary taxidermists. The craft and its technology have advanced so dramatically that these creations do indeed feel like some monument to the exquisiteness of the animal kingdom. When I first saw a deer head mounted by Jeff Brain, one of the taxidermists in Lifelike, I couldn’t resist touching and petting it, even leaning in to kiss it. Its fur was radiant, its expression alert, there even seemed to be a glint in its eye. But the body was still hard and unyielding to the touch. And it was on display in a showroom. It remains a conundrum for me – this thing that celebrates life is deader than dead, but looks more lifelike than ever.
I think that the light and quirky tone of the documentary works well in contrast with a subject that people perceive as morbid (when I would tell people that I was working on a documentary on taxidermy people would unvaryingly turn their noses up; “Ew, gross” or “How awful!”). Since the intent of taxidermy is to make an animal look as close to living as possible, I wanted to illustrate that idea in the film as well – to play with the visual frontier between life and death. In the end I think the tone helps to illustrate the absurdity of many human endeavours, while encouraging people to watch a documentary on a subject they thought they would never appreciate.

Lifelike explores the fascinating and increasingly-mainstream world of stuffing and mounting dead animals. From our clichéd notions about the world of hunting to wacky impressions of pet taxidermy, this documentary will take you to meet engaging characters deep in the heart of this curious activity. Funny, touching, and sometimes just plain absurd, Lifelike will make you think twice about human nature and our relationship with animals.

Lifelike explores the fascinating and increasingly-mainstream world of stuffing and mounting dead animals. The film follows several parallel stories: Dave and Calvin, rookies competing at the Canadian Taxidermy Championships for the first time; Jeff, a world-ranked taxidermist facing unexpected competition at the same championships; Ray, an old veteran who compares the art of taxidermy to that of Michelangelo; and Janie, a devoted animal-lover who decides to have her deceased Jack Russell Terrier freeze-dried. All this, plus a detour through the basement of Benoit Brossard, a major hunting-trophy collector who unconsciously raises some ethical dilemmas as he ponders the future of his collection.

From our clichéd notions about the world of hunting to wacky impressions of pet taxidermy, this documentary will take you to meet engaging characters deep in the heart of this curious activity. Funny, touching, and sometimes just plain absurd, Lifelike will make you think twice about human nature and our relationship with animals.

The judges inspect a duck
Watch